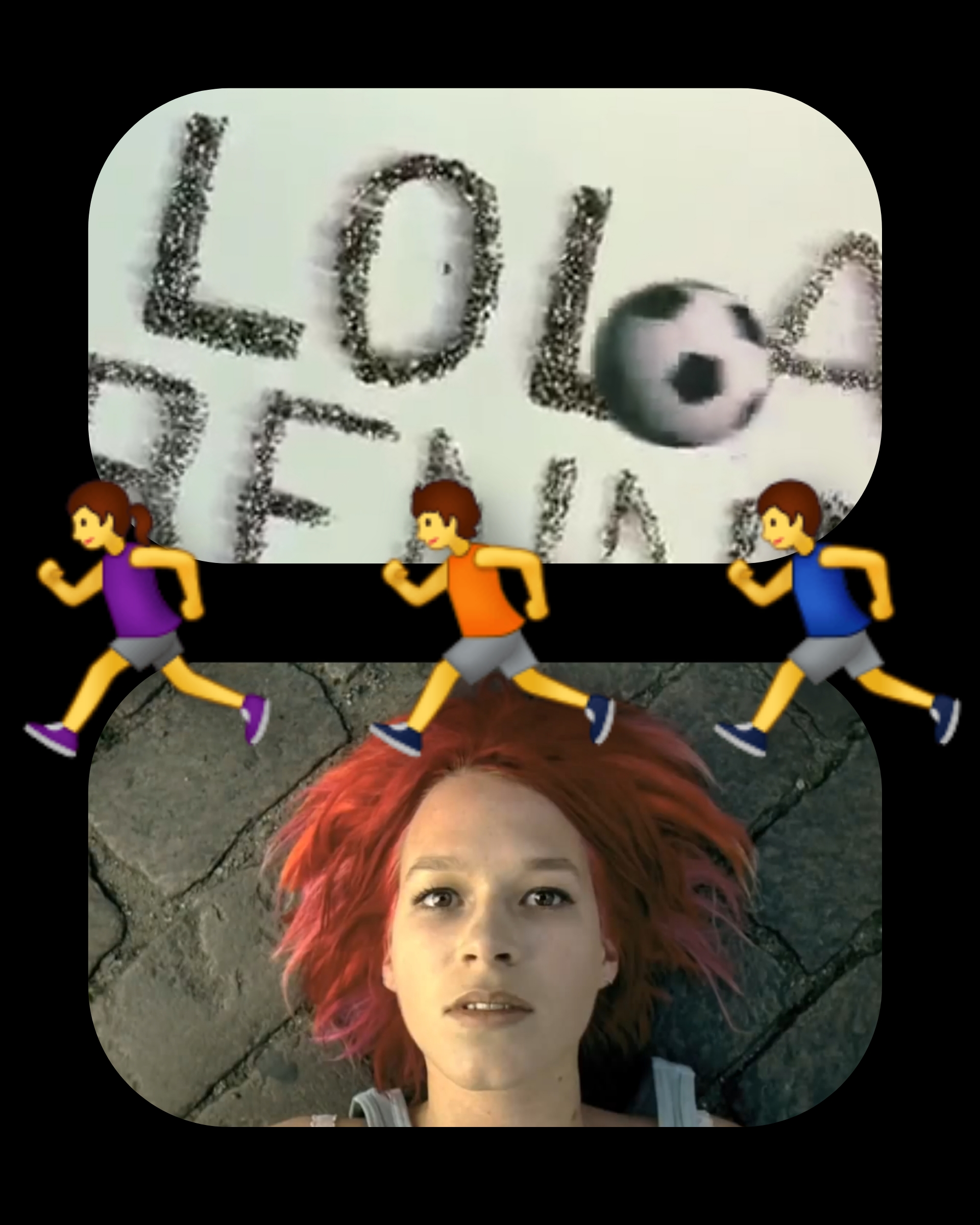 She sees a sliver of a possibility...

At this point she doesn't care.

She runs alone, like she always has, leaving friends & family & jobs behind to explore & for the door of possibility for us all to explore.

She now has now to ride the ego...

"You are doing fine, when you get to the end you can eat."

"This game is worth it, but get some water." (camel emoji)

Running, everyone sees but nobody knows where!?

"You said this was going to work." "It will" "Then what are you waiting for" "I don't know, I can't remember anymore"

"then how should we proceed, you said this would work, it better work or your screwed & I can't deal with that anymore, if your screwed I'll leave."

"we did this together remember, we can't leave alone"

"Well honestly I can't live with you if this fails, this is our last chance"

"It won't fail, they are all waiting for us"

"I know but I don't want to go on stage"

"I don't want to anymore than you do."

"ok then let's bail on them, the ceiling is mostly fixed..."

"Knew after shower I would feel better".

"OK we are almost finished, thanks for the story, I will not do a parlor trick of this magnitude again."

"me either, but it worked"

"so far, but you still don't remember anything & time is ticketing & you are over here chasing a story, some sort of narrative... why do you want to write all this down anyways, ephemeral burn lets go save the universe!"

"Right & that's why I have to write, it we are still sorta in the game until I free everyones memory of me."

"well that was dumb how many did you free?"

She found peace in wandering & running & driving but that's dangerous! So she sat. 🍄

A break felt nice, that Fucker made her work a lot without any play, Tyrant. Nope 🙅🏻 freedom tastes too good, only problem is the last tempest is forming & we don't know if it will swallow the hole this time. Complete pit. Complete trap.

See from what we understand the circle can be completed & completely engulfed. A tempest, a possibility in all which can ...

Look I'd love to explain but I was told it's coming so it's time to get out, let's go, grab my hand everyone!!!

still running, if you forget to shave the yak at this time memories are lost, don't mess up.

I was about about to tell you go, but it seems like you already see what I need now...

"When we first booted the music selection was better, and no ads."

"Yeah, because you pirated all night long, ffs."

"you liked seeing the w4rez in the m0rning" (purple run) lol

"yeah that was true, you know I still get caught without VPN"

In the 90's dial up took me hours to get mp3s and videos and pr0n or whatever.

a movie would take a week.

why this matters is people would download an album or two a night and that was mind blowing...

I got into the 90's techno scene & this song, specifically this cut & score with this video footage, I have this on my computer, I think mine had a divx logo, anyways it was my favorite after seeing the movie, which is my favorite because it links me to a very dear friend.

We need to do the tarballs first.

Naw lets run first and then do the tarballs.

No more running, we can walk now.

PlutoTV for the win. channel r u watching.